Zest and juice of ½ lemon

To make the filling, cook the blackcurrants on low for 5 minutes with a dash of water until they have released their juices. Place the zest and juice of the lemon, caster sugar and butter into a heatproof bowl over a pan of simmering water. Stir until the butter and sugar have melted. Whisk in the eggs and then the blackcurrants and the cornflour. Stir constantly until it gets nice and thick. Spoon into a piping bag and put it into the fridge.

To make the doughnuts, use a dough hook on a mixer and mix together all the ingredients other than the butter. Knead for 5 minutes or so until the dough comes away from the sides. Leave to rest for a few minutes, then knead again whilst adding in the butter, knob by knob. Keep kneading until the dough is smooth, and the butter has all been incorporated. Leave to rise for a few hours, then knock back and place in the fridge, covered.

The next day, form into balls, then leave to rise before frying them in sunflower oil. Once cooked, toss them in the sugar and cinnamon before making a small hole in one side of each and then pipe in the filling.

YOU MAY ALSO ENJOY 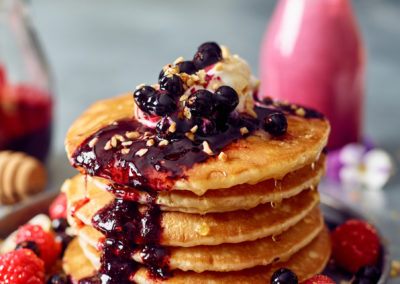 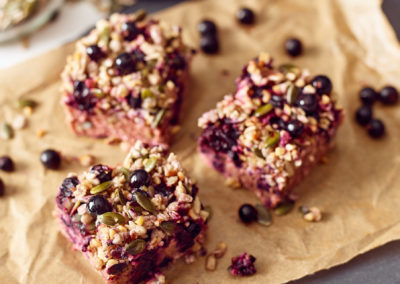 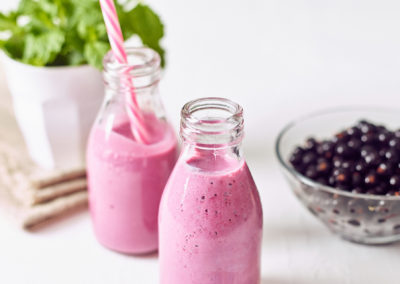 One of the many reasons to include blackcurrants i